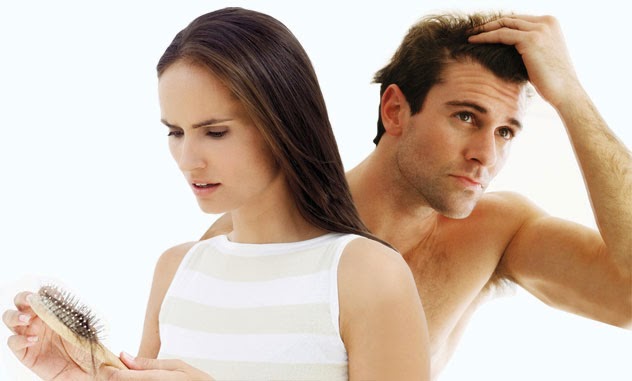 In the study, 416 men with male pattern hair loss ages 21 to 45 years old, were randomized to receive dutasteride 0.05, 0.1, 0.5 or 2.5 mg, Finasteride 5 mg, or placebo daily for 24 weeks. The results of the study showed that dutasteride increased hair counts in a dose-dependent fashion and dutasteride 2.5 mg was superior to finasteride 5mg at 12 and 24 weeks.

Dutasteride (Avodart) inhibits both type 1 and type 2 5α-reductase and is approved at the 0.5-mg dose for treatment of symptomatic benign prostatic hyperplasia (BPH). It is about 3 times as potent as finasteride at inhibiting type 2 5α-reductase and more than 100 times as potent at inhibiting the type 1 5α-reductase enzyme.
Dutasteride caused scalp and serum dihydrotestosterone levels to decrease and testosterone levels to increase in a dose-dependent fashion. Whereas 5-mg finasteride decreases serum DHT by about 70%, dutasteride can decrease serum DHT by more than 90%.

In this phase II, dose-ranging study, 2.5-mg dutasteride was superior to 5-mg finasteride in improving scalp hair growth in men between ages 21 and 45 years with male pattern hair loss as judged by target area hair counts, expert panel assessment, and investigator assessment at 12 and 24 weeks.

5 mg finasteride suppressed scalp DHT to a similar degree as 0.1 mg dutasteride group (41% and 32%, respectively). Many of the clinical effects (hair count changes, global panel assessment, and investigator assessment) were also similar in these two groups, supporting the similarity in scalp suppression between 5-mg finasteride and 0.1-mg dutasteride.

Both Dutasteride and Finasteride were well tolerated in this phase II study, and no new safety concerns have arisen in any of the phase II and phase III studies of Dutasteride given at doses up to 5 mg daily (the 5-mg dose was used in a phase II study for BPH).

There were no significant differences in side effects, serious adverse events, or withdrawals due to adverse events among any of the treatment groups, including placebo. In total, 11 subjects withdrew because of adverse events: 3 were in the placebo group (irritable bowel syndrome and impotency), 7 in the Dutasteride 0.1 mg group (decreased libido, malaise and fatigue, mood disorders, skin disorders, injuries caused by trauma, and gastrointestinal- and neurology-related complaints) and 1 in the Dutasteride 0.5 mg group (gastrointestinal discomfort and pain).

Decreased libido was noted in:

Of the 9 subjects with decreased libido in the 2.5-mg Dutasteride group:

Concerning possible sexual adverse events, there was no evidence in the present study that either Dutasteride or Finasteride was associated with impotence. However, 9 men in the 2.5-mg dutasteride group complained of decreased libido, compared with 1 man in the 0.5-mg dutasteride group and 3 men in the Finasteride group. As with previous studies with finasteride, this adverse event was characterized as either mild or moderate in severity and often resolved with continuation of the medication. In the 4-year follow-up of the phase III trials in BPH, dutasteride (0.5 mg) was well tolerated and the incidence of the most common sexual adverse events was low and tended to decrease over time. The only subject to develop gynecomastia was in the placebo group.