Dementia Risk Tied to Blood Sugar Level, Even With No Diabetes 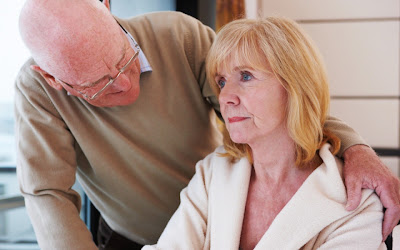 A joint Group Health-University of Washington (UW) study in the New England Journal of Medicine has found that higher blood sugar levels are associated with higher dementia risk, even among people who do not have diabetes.

Blood sugar levels averaged over a five-year period were associated with rising risks for developing dementia, in this report about more than 2,000 Group Health patients age 65 and older in the Adult Changes in Thought (ACT) study.

"The most interesting finding was that every incrementally higher glucose level was associated with a higher risk of dementia in people who did not have diabetes," said first author Paul K. Crane, MD, MPH, an associate professor of medicine at the UW School of Medicine, adjunct associate professor of health services at the UW School of Public Health, and affiliate investigator at Group Health Research Institute.

"There was no threshold value for lower glucose values where risk leveled off."
"One major strength of this research is that it is based on the ACT study, a longitudinal cohort study, where we follow people for many years as they lead their lives," said senior author Eric B. Larson, MD, MPH, a senior investigator at Group Health Research Institute who also has appointments at the UW Schools of Medicine and Public Health. "We combine information from people's research visits every other year with data from their visits to Group Health providers whenever they receive care. And this gave us an average of 17 blood sugar measurements per person: very rich data."

These measurements included blood glucose (some fasting, some not) and glycated hemoglobin (also known as HbA1c). Blood sugar levels rise and fall in peaks and valleys throughout each day, but glycated hemoglobin doesn't vary as much over short intervals. R. Walker, MS

R. Hubbard, PhD Combining glucose and glycated hemoglobin measures into a composite measure required special statistical techniques, which Drs. Crane and Larson's co-authors Rod Walker, MS, a biostatistician, and Rebecca Hubbard, PhD, an associate investigator, both from Group Health Research Institute, had developed. (Dr. Hubbard is also an affiliate assistant professor of biostatistics at the UW School of Public Health.) These sophisticated statistical models required specialized data on the relationships between glycated hemoglobin and glucose levels, and they used data generated by co-author David M. Nathan, MD, a professor of medicine at Harvard Medical School and director of the Diabetes Center at Massachusetts General Hospital.

So should people try to eat less sugar -- or foods with a lower "glycemic index"? Not necessarily, Dr. Crane said: "Your body turns your food into glucose, so your blood sugar levels depend not only on what you eat but also on your individual metabolism: how your body handles your food." But he does suggest that taking walks couldn't hurt: The ACT study has previously linked physical activity to later onset and reduced risk of dementia, including Alzheimer's disease.

Furthermore, Dr. Crane emphasized that these results come from an observational study: "What we found was that people with higher levels of glucose had a higher risk of dementia, on average, than did people with lower levels of glucose," he said. "While that is interesting and important, we have no data to suggest that people who make changes to lower their glucose improve their dementia risk. Those data would have to come from future studies with different study designs."
Автор: Vanesa на 5:50 AM No comments:

Email ThisBlogThis!Share to TwitterShare to FacebookShare to Pinterest
Ярлыки: dementia

Breastfeeding proven to lower risk of Alzheimer's in moms. 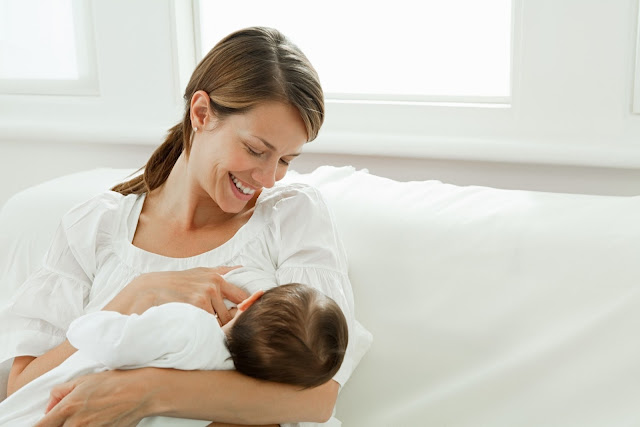 The research  indicates the link may have something to do with key biological effects of breastfeeding. Scientists also found that breastfeeding for longer periods of time decreased overall risk.

Previous studies have established that breastfeeding can reduce a mother's risk of other diseases but until now little has been done to examine the impact of breastfeeding duration on Alzheimer's risk.

Biological changes could be responsible for the additional protection

Researchers from the University of Cambridge's Department of Biological Anthropology conducted the study using data gathered from a relatively small group of 81 women. But, they said, the correlation between breastfeeding and Alzheimer's was especially consistent and significant, though it was much less common in women who had a history of dementia in their family.

The findings could lead to new ways to combat what is being called a global Alzheimer's epidemic. Also, researchers note that the study could offer some indications as to why some people are more susceptible to developing the disease than others.

The study argues that there may be a number of biological reasons for the connection between Alzheimer's and breastfeeding. One theory is that breastfeeding deprives the body of the hormone, progesterone, compensating for high levels of progesterone which are produced during pregnancy.

Researchers note that progesterone is known to have a desensitizing effect on the brain's oestrogen receptors; it may also play a role in protecting the brain against Alzheimer's, they add.

Still another possibility: Breastfeeding boosts a woman's glucose tolerance by restoring her sensitivity to insulin following pregnancy, which in and of itself "induces a natural state of insulin resistance and Alzheimer's is characterized by a resistance to insulin in the brain," the Telegraph reported.

"Women who spent more time pregnant without a compensatory phase of breastfeeding therefore may have more impaired glucose tolerance, which is consistent with our observation that those women have an increased risk of Alzheimer's disease," Dr. Molly Fox, who led the study, said.

"Alzheimer's is the world's most common cognitive disorder and it already affects 35.6 million people. In the future, we expect it to spread most in low and middle-income countries. So it is vital that we develop low-cost, large-scale strategies to protect people against this devastating disease," she said.

Prior research has established that breastfeeding can lower a mum's risk of other diseases and a possible link between breastfeeding and cognitive decline later in life. But until now, little work has taken place on the effect on Alzheimer's of the length of time women breastfeed for.

More research is warranted, but so far, it's promising

The 81 women involved in the study were between 70 and 100 years old. Fox, along with Prof. Carlo Berzuini and Prof. Leslie Knapp interviewed the women; they discovered that "women who breastfed were less likely to have developed the disease and the threat fell still further for those with a longer history of breastfeeding," Cambridge said, in a press release.

Researchers said the link between breastfeeding and Alzheimer's was not affected by other factors such as the drinking and smoking history of the women, education history, age or other variables.

The university said its researchers hope the study will lead to more research into the relationship between the risk of Alzheimer's and the reproductive history of women. 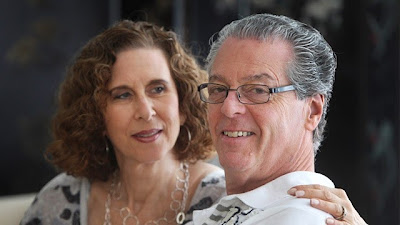 Biological changes may happen earlier than scientists had previously thought, according to a new disease model. This suggests that early signs of risk could potentially become treatment targets long before symptoms of Alzheimer's begin to appear, the researchers said. "We're getting a better idea of what is happening during the asymptomatic [symptomless] phases of the disease," said Dean Hartley, director of science initiatives at the Alzheimer's Association, who was not involved with the new research.

The scientists behind the new research identified distinct but overlapping phases in the course of Alzheimer's disease, each detectable by biological "markers" showing physical changes in the brain. They also have refined their model to distinguish between these "biomarkers" of Alzheimer's disease and those of normal aging.

In the first phase of Alzheimer's, brain markers signaling changes in beta-amyloid protein show up first, the model suggests. Beta-amyloid plaques are protein pieces from the fatty membrane surrounding nerve cells that clump together, contributing to nerve dysfunction.

In the second phase of the disease, signs of degeneration and death of brain cells occur.

Symptoms of dementia are seen in the third phase of Alzheimer's disease, according to the new model.

In addition to beta-amyloid proteins, "tau" - another protein - also plays a role in Alzheimer's, creating what are called "neurofibrillary tangles." Jack said the changes in the brain created by tau seem to occur first, but amyloid aggregation, or clumping, accelerates the changes in tau and causes it to spread.

The central message is that tau and beta-amyloid plaque interact with each other in a synergistic way, said Jack, a professor of radiology and a neuroradiologist at the Mayo Clinic College of Medicine, in Rochester, Minn.

Alzheimer's disease is an irreversible, progressive brain disease that slowly destroys memory and thinking skills. Symptoms typically appear after age 60, and about 5 million Americans may have the disease, according to the U.S. National Institute on Aging.

How could the model spark new ideas for treating Alzheimer's disease? "What really makes sense probably is a combined therapeutic approach where you target a point or points in tau and in the amyloid pathways simultaneously," Jack explained.

Just as people often take statins -- drugs that lower cholesterol -- to reduce their risk of heart disease, it could someday be possible that those at risk for Alzheimer's could take medication to help prevent it, Jack said. He envisions a "cocktail" or combination of drugs that could target different points in the molecular pathways of the disease, administered at an early age, depending on a person's risk for Alzheimer's disease.

The Alzheimer's Association's Hartley said he's excited about the revised model. "It suggests that some of the treatments we're using may be too late in the progression of the disease."

Two related studies were also scheduled for presentation at the meeting. Dr. Victor Villemagne at the University of Melbourne, in Australia, and colleagues followed about 200 people with and without signs of Alzheimer's disease over four years to estimate when beta-amyloid levels tend to become abnormal. The scientists concluded that Alzheimer's disease is a slow process, likely extending for more than 20 years.

The other study, led by Daniela Bertens at VU University Medical Center, in Amsterdam, Holland, provided more evidence that abnormal beta-amyloid is what triggers the development of Alzheimer's disease. The research included about 300 people with abnormal beta-amyloid, and followed them over four years, testing their cerebrospinal fluid for diagnostic signs of the disease.
Автор: Vanesa на 7:16 AM No comments: