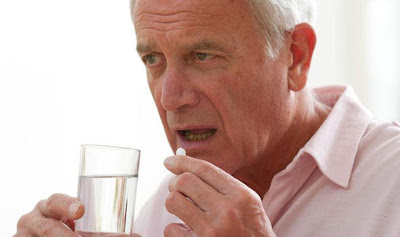 Older adults with dementia who use certain blood pressure medications may have a slower rate of mental decline, new research suggests. The study found that dementia patients on particular ACE inhibitors showed a somewhat slower decline in memory and other mental skills than patients not on the drugs. And dementia patients who were newly started on the drugs had, on average, a small improvement in the first six months.

The drugs linked to the benefit are known as centrally acting ACE inhibitors, which means they cross from the blood into the brain.

However, the findings do not mean that people with dementia should be started on those ACE inhibitors, according to a neurologist who was not involved with the research. The study was not a clinical trial set up to test the effects of ACE inhibitors, noted Dr. Gayatri Devi, of Lenox Hill Hospital in New York City. Instead, she said, it was an "observational" study, where researchers followed more than 350 older adults with Alzheimer's or other forms of dementia -- about one-quarter of whom happened to be on ACE inhibitors. Those types of studies cannot prove that a drug is the reason for a particular benefit. "And there are past studies that have contradicted this one, and have not shown a benefit of ACE inhibitors," Devi said. On the other hand, the findings support the "larger message" that better cardiovascular health -- including controlling blood pressure and cholesterol levels -- can benefit the brain as well, she said.

Previous studies have linked better blood pressure control -- and various classes of blood pressure drugs -- to both a lower risk of developing dementia and a slower progression of the disease. Currently, no treatments exist to prevent or modify dementia. "The blood pressure medication that's best for you is the one that most effectively controls your blood pressure," Devi said. "People respond differently to the different classes of blood pressure drugs." The study included 361 dementia patients, average age 77, who completed standard tests of memory, planning and other mental abilities. Of those, 85 were already on a centrally acting ACE inhibitor, and 30 more started on one during the study period. On average, test scores declined by 1.8 points every six months among patients who were already on ACE inhibitors. That compared with 2.1 points for patients not on the drugs. Among patients who newly started an ACE inhibitor, test scores typically rose 1.2 points in the first six months -- which was as long as that group was followed. The rest of the study patients were tracked for about a year-and-a-half.

Those are small differences in test scores. But if they persisted over years, that could add up to a significant difference in dementia patients' rate of decline, said Dr. William Molloy, one of the researchers on the study. Clinical trials are needed to confirm whether certain ACE inhibitors do, in fact, slow down dementia, according to Molloy, a professor of gerontology and rehabilitation at University College Cork in Ireland. He said he does not think the benefit linked to ACE inhibitors is explained by better blood pressure control. There is animal research showing that ACE inhibitors that cross into the brain may have a stronger effect on brain functioning than ACE inhibitors that do not breach the blood-brain barrier. One possibility, Molloy said, is that the drugs reduce inflammation in the brain. But another expert not involved in the study urged caution. "I don't think these findings should be used in any clinical decision-making," said Dr. Jacobo Mintzer, chair of the Alzheimer's Foundation of America's medical advisory board. "This study supports the general concept that controlling blood pressure and other cardiovascular risk factors could have an effect" on dementia progression, said Mintzer, of Roper St. Francis Healthcare in Charleston, S.C. But he agreed with Devi that the specific medication you take for high blood pressure should be the one -- or ones -- that best rein in your numbers. 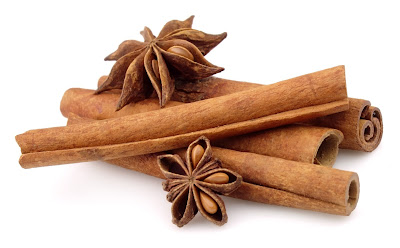 The miracle spice cinnamon is the scented bark of a tropical evergreen tree, native to India and Sri Lanka. Cinnamon comes from an evergreen tree in Southeast Asia and is cultivated widely in Vietnam, China, Burma, and Laos for its bark and the oil processed from the bark. Once upon a time in ancient Rome, cinnamon was worth more than silver.

Cinnamon is harvested from the inner bark of the tree branches after scraping off the corky outer layer and then drying the bark. As it dries, the bark curls up into quills which are then cut into sticks to be ground into the spice form. Full of calcium and fiber, cinnamon is one of the oldest known spices, it is mentioned in the Bible and was used in ancient Egypt as medicine, beverage flavoring and an embalming agent.

Cinnamon - Not just a spice!

Professor Daniel Fung, an expert in food science at Kansas State University, says cinnamon contains a compound that has the ability to kill bacteria. "If cinnamon can knock out E.coli 0157:H7, one of the most virulent food-borne microorganisms that exists today, it will certainly have antimicrobial effects on other common food-borne bacteria such as Salmonella and Campylobacter."

Other benefits of cinnamon are: anti-microbial actions, blood sugar balancing, improving colon health, boosting brain function. Cinnamaldehyde in cinnamon has been well researched for its effects on blood platelets which help the blood clot to stop bleeding. Platelets can also cause strokes if they clump together too much. Cinnamon has been shown to help prevent this deadly clumping. Cinnamon will stop vomiting and relieve feelings of nausea. Cinnamon also helps slow tumor growth while inhibiting inflammatory markers connected to cellular proliferation.

In a recent study, people reduced their blood sugar levels by as much as 29 percent with cinnamon in just 40 days. That's with NO drugs, NO diet changes - just plain old cinnamon!

Research found that cinnamon can have favorable effects on brain function. Participants in a study chewed cinnamon gum or even just smelled the sweet spice. Cognitive tests revealed that subjects who used cinnamon had better memory functions and could process information more quickly.

What kind and how much

Drink cinnamon in tea or sprinkle a little cinnamon on your toast, cereal, oatmeal, or sliced apples. It not only tastes good, it lowers your blood sugar!

Taking two 500 mg capsules of cinnamon a day will help good cholesterol levels and taking two capsules with each meal can make a big difference in blood sugar and insulin levels for diabetics.
Автор: Vanesa на 2:44 AM No comments:

Discomfort caused by lack of sleep, side effects from medication, or pain that the person is not able to describe
The surrounding environment, such as loud noises, busyness around the person, or clutter
Confusion caused by being asked too many questions at once, trying to understand complex instructions, or feeling the stress of caregivers

Tips to Reduce Alzheimer’s Aggression - Once you understand the triggers for Alzheimer’s aggression, you can take steps to prevent it. Try these suggestions:


Caregiver Stress and Alzheimer’s Aggression - It’s not easy to care for a person with Alzheimer’s disease. The burden of round-the-clock care takes an emotional toll. Add to it the frustration and sadness of watching a loved one deteriorate. It’s not surprising that caregivers may feel isolated and depressed. Left unrelieved, these feelings can lead to abusive behavior toward the person with Alzheimer’s disease, from insults to physical injury.

If you are a caregiver, do yourself and the person you care for a favor. Seek help for yourself if you notice signs of depression, anxiety, sleeplessness, exhaustion, or irritability. Taking care of yourself will help you take better care of others.
Автор: Vanesa на 5:52 AM No comments: 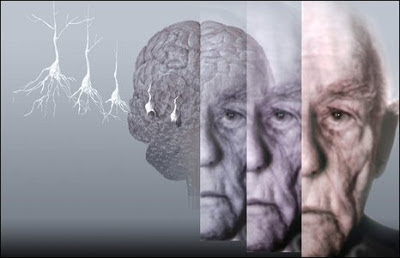 Gammagard™ IVIg is a therapy that has been investigated for treatment of Alzheimer's. Despite small clinical studies that have reported efficacy of the approach, the mechanism of action is poorly understood.
The UK researchers set out to investigate the mechanism by which the treatment may act in the brain to lower amyloid deposition (amyloid deposits being a key pathology in Alzheimer's).

To conduct their investigation, researchers introduced IVIg directly into the brains of mice which carry a human gene causing them to develop amyloid plaques. They found that IVIg lowers amyloid deposits in the brains of the mice over the course of seven days. Their data suggest that the modulation of inflammation in the brain by IVIg is a key event that leads to the reduction in amyloid deposition.

The scientists hypothesize that the IVIg acts as an immune modulator, and this immune modulation is responsible for the reductions in amyloid pathology.

The data suggests that modulating the immune response in the brain may help ameliorate the Alzheimer's pathology. Researchers are currently investigating other ways to produce the same modulation of the immune response because the access of IVIg to the brain when administered peripherally is very limited. 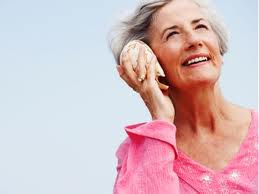 A new class of experimental drug-like small molecules is showing great promise in targeting a brain enzyme to prevent early memory loss in Alzheimer's disease, according to Northwestern Medicine® research.
Developed in the laboratory of D. Martin Watterson, the molecules halted memory loss and fixed damaged communication among brain cells in a mouse model of Alzheimer's.
"This is the starting point for the development of a new class of drugs," said Watterson, lead author of a paper on the study and the John G. Searle Professor of Molecular Biology and Biochemistry at Northwestern University Feinberg School of Medicine. "It's possible someday this class of drugs could be given early on to people to arrest certain aspects of Alzheimer's."
Changes in the brain start to occur ten to 15 years before serious memory problems become apparent in Alzheimer's.
"This class of drugs could be beneficial when the nerve cells are just beginning to become impaired," said Linda Van Eldik, a senior author of the paper and director of the University of Kentucky Sanders-Brown Center on Aging.

The novel drug-like molecule, called MW108, reduces the activity of an enzyme that is over-activated during Alzheimer's and is considered a contributor to brain inflammation and impaired neuron function. Strong communication between neurons in the brain is an essential process for memory formation.
"I'm not aware of any other drug that has this effect on the central nervous system," Watterson said.
"These exciting results provide new hope for developing drugs against an important molecular target in the brain," said Roderick Corriveau, program director at the National Institute of Neurological Disorders and Stroke, which helped support the research. "They also provide a promising strategy for identifying small molecule drugs designed to treat Alzheimer's disease and other neurological disorders."
Watterson and his collaborators have a new National Institutes of Health (NIH) award to further refine the compound so it is metabolically stable and safe for use in humans and develop it to the point of starting a phase 1 clinical trial.
In a key memory experiment in the study, mice brains were injected with beta-amyloid, whose increase is one hallmark of Alzheimer's in humans. One group of mice was then administered MW108 and another group was administered a placebo.
Next, each group of mice was taught environmental cues to learn how to swim through a water maze to find a resting platform. Then the mice were placed in a different arm of the maze and tested on their ability to remember the location of the platform based on the environmental cues.
The mice administered MW108 found the resting platform in the water maze as quickly as a control group of mice. The mice given the placebo made more mistakes and took longer to find the platform. They also had difficulty learning the location of the resting platform during the teaching phase.
"The results show the compound prevented the cognitive impairment," Van Eldik said..
Автор: Vanesa на 6:21 AM No comments: