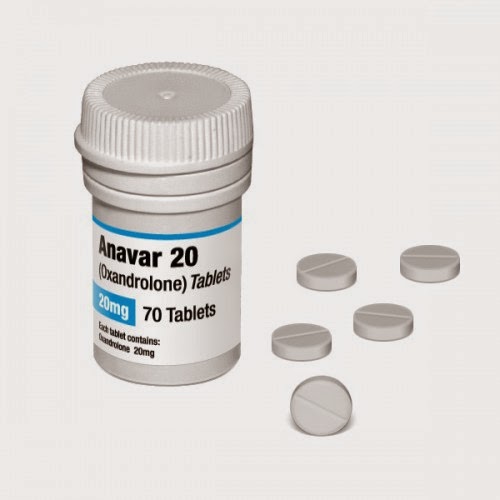 Anavar is the original brand name of the drug Oxandrolone and it’s one of the most misunderstood of all anabolic steroids. It’s both “underrated” and “over-rated” in many ways.

Anavar is regarded as a mild oral anabolic steroid that has a variety of uses. For someone who’s never taken anabolic steroids before it’s a good “entry” drug in that it doesn’t have a lot of harsh side effects. Of course, that’s only if dosages stay within reason. Therein lies the paradox. With Anavar, what makes it safe, makes it not very effective. And once it becomes effective, it’s not so safe.

Anavar (chemical name oxandrolone) in its pharmaceutical form comes in a 2.5 mg tablet. And it’s that recommended low dose that’s why Anavar is considered so “mild.” In therapeutic dosages, even children can use it. But for bodybuilding purposes the standard dosing would be all but useless. As with any oral, a dosing that is between 25-50 mgs a day is necessary. (Some advanced bodybuilders use up to 100 mgs a day). So in the case of prescription strength Oxandrolone, even if you took 10 tablets a day of the daily dosage, it would still in on the low side.

Anavar was originally developed to treat severe weight loss and has was prescribed for muscle wasting diseases, including AIDS. It was found that dosages of 5-10 mgs a day gave good results. But the prevention of muscle wasting and muscle building are two very different things.

Of course, as with ANY oral anabolic steroid once you go too far beyond 50 mgs or so, that’s when the potential problems begin. However, Anavar is thought of as less toxic to the liver than most other orals. Unfortunately, that belief is complete myth. Once again, the studies on the low toxicity of Anavar were done with the recommended dosages for medicinal purposes. Naturally, at 2.5 – 5 mgs a day one can expect no impact on the liver at all. This skewed evaluation falls under the category known as “bro-ology science.” In other words, someone does some reading, learns a little scientific knowledge, upon which he draws an seemingly reasonable yet erroneous conclusion, which in turn is then parroted endlessly from one so-called “expert” to another and on to a legion of followers. And on and on it goes. Before long, it’s considered common knowledge. Don’t be fooled. Anavar is 17 alpha alkylated , which in simple terms means that it is formulated to prevent breakdown in the liver. This makes for a greater effect but puts a tremendous strain on the liver. THAT is the main problem with orals, NOT the toxicity of the substance itself . And that is why Anavar  in effective dosages should be regarded as hepatotoxic as most other oral steroids.

Dosage and duration are prime factors that always need to be kept in mind. And remember that the dosage of one steroid is not the only issue. It’s the TOTAL amount of all the steroids being used that counts. So when taking more than one oral the total amount of mgs must be considered. This makes it imperative to use supplemental substances to protect the liver when using Anavar.

As for the reasons Anavar is under appreciated, there are many. Anavar can be stacked with any other steroid and can provide a welcome addition to any cycle. If you’re a newcomer to steroids and decide to use Anavar by itself, you can put on some solid muscle…just don’t expect overnight gains. Anavar increases anabolism tremendously, which essentially means it allows the muscles to absorb more protein. So the muscle building process is intensified but keep in mind, it still takes some time to grow muscle . People often confuse actual muscle growth with a steroid taking time to kick in, when in fact it begins working immediately, it’s just that muscle growth takes time to show. You probably won’t notice much at all until the third or fourth week. This is where Anavar is too often underestimated. Since the effect is strictly of an anabolic nature, the muscle grown on Anavar is usually very solid and long lasting. It’s fair to expect up to five pounds of pure muscle from using 25 mgs a day for a month. That may not seem like a lot. When using steroids, people expect to see those numbers on the scale go up (even if it’s temporary or from water weight). That won’t happen with Var which is why many consider it weak. But imagine five pounds of meat spread out throughout your body. That’s a good amount of lean mass.

It would be tempting to spread a cycle of Anavar out to 8, 10 or 12 weeks but no oral should be taken for that amount of time if you value your health. Young athletes often don’t think in terms of long range consequences but take it as truth – new livers are very hard to find! . A simple rule to remember is, the more you take, the more result and the more potential for problems. You have to take the bad with the good. The key is making the most of the cycle so that you can avoid as much of the bad and get as much of the good

Anavar is not considered a good drug for “bulking” for the fact that it doesn’t cause water retention, nor does it increase blood volume. (Something dianabol does to a great degree). Therefore, there is no significant weight gain. But Anavar does increase strength dramatically, due in part to the increase in creatine production and utilization which increases contractile strength, so it can be a great asset to a bulking program where lifting heavier weights is paramount to gaining size. Don’t surprised if your bench goes up 20% within a few weeks. That’s how powerful it truly is.

Anavar is often compared to Winstrol since both produce very “dry” gains, but the two drugs are nothing at all alike. Winstrol is a derivative of DHT , therefore it’s most androgenic and has masculating sides effects. (Hair loss, increased body hair, tougher skin, etc). Anavar has almost no androgenic properties. This is another advantage in that Anavar doesn’t cause a hard shut down of the HPTA. Though like all steroids, its structure is based off of the testosterone molecule, there’s bound to be some suppression, but it will be minimal with Anavar. So if you want to give your cycle some “kick” without stressing the HPTA, or if you’re a first or second timer and want to take something that won’t be that hard to recover from, Var is an excellent choice.

Because Anavar doesn’t cause much water retention high blood pressure shouldn’t be a problem. Because of its mild androgenic nature, it does not “aromatize.” Aromatization is when the body gets flooded with too much androgen and converts some of it into estrogen. That causes bloating, acne, and a possible loss of libido. Due to its low androgenic profile, Anavar is a favorite among women. They can gain muscle without the fear of masculizing side effects such as excess body hair. Excess estrogen is not a problem with Anavar and that too appeals to women going for a leaner more defined look. 5-10 mgs a day are as far as a gal may want to push it though. Too much more than that and the risk/benefit starts to tilt in an unfavorable direction.

Anavar is also unique in that it’s believed to assist in burning bodyfat, especially in the abdominal area. There’s some debate about this. All steroids build muscle and since you need to train and have your diet in check for best results there’s a tendency to look leaner. But with Anavar, the muscles do appear to be sharper and more cut. And there have been studies that have shown Anavar to reduce visceral fat in the stomach area with just moderate exercise. And the subjects kept the fat off after discontinuing usage as long as they continued to exercise and not increase caloric consumption. Very impressive.

This all sounds pretty good, right? Well, there’s more. Anavar is great for improving endurance and focus. Boxers and martial artists love it because they can increase power, speed and force without adding on a lot of weight.

Recovery for Anavar is pretty easy too. (Again, depending on how much and what else is stacked with it). With reasonable dosages it won’t shut down the HPTA and with just the use of some post cycle supplements you can recover fully pretty quickly.

There are a few more down sides though. One is cost. Anavar is among the most expensive oral steroids. And another drawback is the subtle results. At 50 mgs a day, Anavar is not going to produce as drastic a change to your physique as 50 mgs of Dianabol. For this reason it’s usually stacked with a stronger drug such as testosterone. The question then becomes, why use a mild drug if you’re just going to supplement it with a stronger one? That’s up to you and your goals.

Anavar is both strong and mild, harsh and safe, powerful. It has its place. It’s a smart choice for someone looking to “test the waters” of steroid use, or for someone looking for strength without a lot of weight gain or for competitive bodybuilders looking to finish off a cycle with a non bloating drug that will aid in fat loss. Or it can just be used to give some extra “oomph” to your cycle with minimal suppression. You need to decide if that sounds like something that works within your game plan.

Used correctly, Anavar is a potent contribution to even the most advanced cycles. Just keep in mind, it isn’t a free ride. It’s a lot more powerful than people realize – in both good ways and bad.
Автор: Vanesa на 6:01 AM