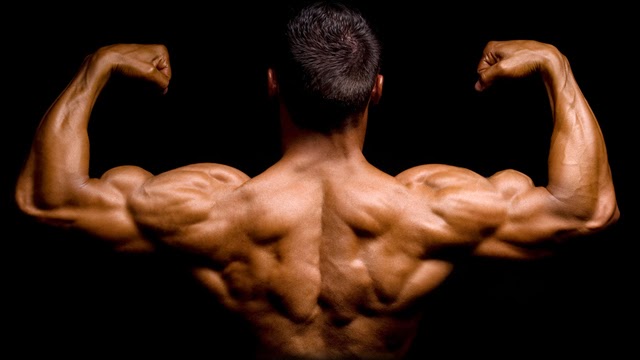 If you do heavy physical work or weight training, you’ll not only make your body more muscled and stronger, but you’ll also make it last longer.

Researchers used to think that overweight elderly people had a higher risk of dying, but recent studies have shown that both overweight and underweight elderly people are more likely to die. More and more epidemiologists are therefore coming to the conclusion that it’s not bodyweight that determines how long you are likely to live, but lean body mass.

In other words: the muscles.

Preethi Srikanthan tested this theory by examining data on 3695 over 55s gathered for the National Health and Nutrition Examination Survey III. Srikanthan followed the participants from the period 1989-1994 until 2004. When the study started the men were over 55 and the women older than 65. Srikanthan noted which of the participants died in the 10-16-year period.

But when Srikanthan divided the participants into quartiles based on muscle mass, he did find a relationship. Participants with lots of muscle mass were 20 percent less likely to die than participants with little muscle mass. Srikanthan is not sure how muscle mass increases our survival chances. Perhaps it protects against high glucose levels, perhaps it reduces the amount of dangerous fat in the body, or perhaps muscles produce protective substances. But he does have a word of advice. “Get up and start moving”, the researcher said.

Clinical study to assess the efficacy and safety of a citrus polyphenolic extract of red orange, grapefruit, and orange on weight management and metabolic parameters in healthy overweight individuals.
Автор: Vanesa на 12:51 AM