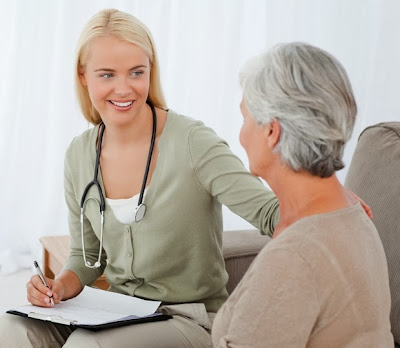 Common life stressors — such as divorce, widowhood or losing a job — may increase the risk of dementia later in life, a new study of women in Sweden suggests.

In the study, experiencing such psychosocial stressors in midlife was linked with a 21 % increased risk of developing  Alzheimer's disease, and a 15 %  increased risk of developing any type of dementia, over nearly four decades. The findings held even after the researchers took into account factors that may affect dementia risk, such as smoking habits, alcohol consumption and a family history of mental illness.

People who were exposed to psychosocial stressors were also at increased risk of experiencing prolonged periods of distress (or feelings of irritability, tension, nervousness, fear, anxiety or sleep disturbances). However, such distress could not fully explain the link between psychosocial stressors and dementia, meaning that the association may, in part, be due to biological factors that change in response to experiencing stressors, the researchers said.

"More studies are needed to confirm these results and investigate whether more interventions, such as stress management and behavioral therapy, should be initiated in individuals who have experienced psychosocial stressors," the researchers, from the University of Gothenburg.

Researchers analyzed information from 800 Swedish women who periodically underwent testing between 1968 and 2005. At the study's start, participants were asked whether they had experienced any of 18 psychosocial stressors, including whether their spouse or close relative had a mental illness or abused alcohol, or whether they or their husband had lost a job. Medical records and other information from psychiatric examinations were used to determine whether participants developed dementia over a 38-year period.

About a quarter of participants said they had experienced one psychosocial stressor, 23 % experienced two stressors, 30 % experienced three stressors and 16 %  experienced four stressors. The most common stressor was mental illness in a first-degree relative.

During the study period, about 20 % (153 people) developed dementia, 104 of whom developed Alzheimer's disease.

Psychological stress has been linked with increased production of inflammatory factors in the brain, and with an increased frequency of cardiovascular disease, and these, in turn, may be risk factors for dementia, the researchers said.
Автор: Vanesa на 5:08 AM