Alzheimer's disease affects millions of people worldwide. As a result of an increase in life expectancy, the number of patients with dementia is expected to increase dramatically. Due to the lack of effective treatments that can slow down or reverse the progression of AD, preventive measures to lower the prevalence rate of AD by means of managing potential or actual risk factors is a reasonable clinical strategy. In this respect, identifying treatable factors which are able to promote cognitive deterioration would have important practical implications. 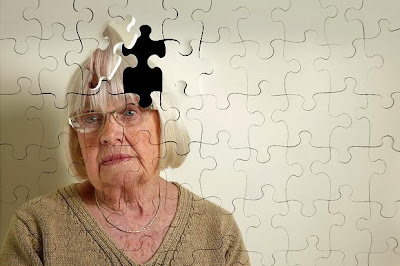 In a recent study, a research group from the Neurological Clinic of Università Politecnica delle Marche, Ancona, Italy described an interesting association between the presence of sleep-disordered breathing and AD.

The study, coordinated by Mauro Silvestrini and Leandro Provinciali with Laura Buratti as principal investigator, found that a significant percentage of AD patients suffer from Obstructive Sleep Apnea Syndrome (OSAS), a common but largely underdiagnosed respiratory disorder that causes people to temporarily stop breathing during their sleep. Most importantly, the presence of this nocturnal disorder leads to unfavorable changes in cerebral blood flow that are well recognized promoters of cognitive decline onset and progression. Based on these findings, detecting and treating OSAS before it becomes severe enough to cause irreversible effects on cerebral circulation should be considered a very promising clinical approach for AD.
Автор: Vanesa на 4:06 AM