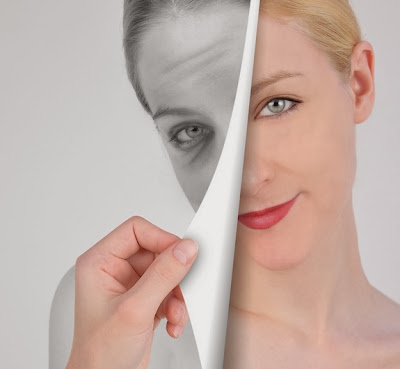 Lifestyle changes may turn back the biological clock, and reverse aging on a cellular level.
In a pilot study, researchers found that men who ate a better diet, exercised moderately and led a less stressful lifestyle over a few years, had an increase in the length of their telomeres the caps at the ends of chromosomes that protect them from deterioration.

Telomeres get shorter each time cells divide. When they have shrunk to a certain length, a cell may die or stop dividing.

In the study, 10 men were asked to adopt a plant-based diet, do moderate exercise and stress-reducing activities such as meditation and yoga. They participated in weekly group meetings, as a way to promote social support. Another group of 25 men were not asked to make any changes to their lifestyle, and served as the control group.

The researchers measured the length of the telomeres in the participants' white blood cells at the start of the study, and again after five years.

In the group who made lifestyle changes, telomere length increased significantly, by an average of 10 %, but in the control group, telomere shortened by an average of 3 %. Telomeres are often likened to the plastic tips at the end of shoelaces that keeps them from unraveling. It was recently discovered that telomeres can lengthen too, and delay cells' ageing.

"A number of studies have shown that as telomeres get shorter, the risk of premature death and most chronic disease, from heart disease to cancer, even dementia goes up," said study researcher Dr. Dean Ornish, clinical professor of medicine at the University of California, San Francisco.

"So as our telomeres get shorter, in a sense, our lives get shorter," Ornish said. "This is the first study showing that lifestyle changes may actually increase the length of telomeres."

The discovery of telomere function in cell aging, along with the enzyme that builds telomeres won the 2009 Nobel Prize in medicine for three scientists, including Elizabeth Blackburn, also of UCSF, who also worked on the new study.

Exactly how lifestyle changes may affect telomere length is not known, the researchers said. Telomere length is controlled by multiple mechanisms, including the activity of its enzyme, telomerase. It is thought that higher telomerase activity increases telomeres length. But the researchers didn't find an increase in the enzyme in this study, and didn't test for other possible mechanisms.

All men in the study were diagnosed with low-risk prostate cancer, and had decided not to undergo conventional treatments with surgery or radiation. However, the study was not designed to detect the effects of lifestyle changes on the participants' prostate cancer, the researchers said. It is likely that the findings about lifestyle changes extend to other groups of people as well, they said.

"The implications of these findings in all likelihood extends to all men, not just those with prostate cancer, as well as to women," Ornish said.

The results also showed a clear trend: the more positive changes the participants made to their lifestyles, the greater the increase in their telomere length.

The number of participants was too small to prove a cause and effect relationship, the researchers said. However, despite the small size of the study, the difference between groups was highly significant, they said.